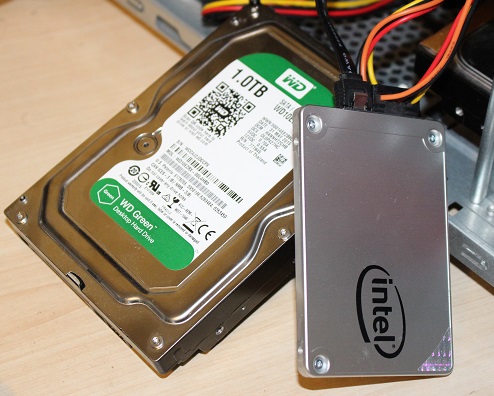 My Windows 10 PC was running unreasonably slow in February 2017. It was only a year old, so usually I would do a format reinstall, but instead I bought a 1Tb Intel SSD hard drive and did a fresh install of Windows 10 onto the new SSD drive.

Windows start up times have been a joke for many years. Unfair comparisons with ipads and phones. But then you use an SSD. And Windows boots like it should have all along – fast! Infact its boot time can give my ipad a good run for its money.

So Why Isn’t Everyone Using SSD Drives?

What You Need to Know About SSD drives:

Try Before You Buy

If you want to check out the performance of an SSD before you buy one, try out a Microsoft Surface Pro in a store. I own one and it is easily my favourite laptop ever. Even better than my Macbook Air. And with an i5 CPU and an SSD, MS Surfaces are lightning fast.